The Great Recalibration of the Legal Industry

“Only when the tide goes out do you discover who’s been swimming naked.” – Warren Buffet
When waves are high, you can’t see what’s hidden beneath the surface. But when the tide goes out, things become exposed. And the current recession is exposing the legal industry again. Only this time, it’s likely to be even worse than the downturn of 2008-10, which led to a “lost generation” of lawyers.
So while there was a period of recovery during the 2010s for the legal industry, what we are facing now is likely the Great Recalibration of the legal industry.

The Shrinking of Big Law

Big Law’s Great Recalibration will be of size. Here are some recent items:
I could go on here at length. So as to not belabor the point, let’s just acknowledge that there is another culling going on in Big Law. Except this one will be worse than the financial crisis due to the likely long and slow economic recovery period we’ll face because of Covid-19.

While Big Law has big war-chest, even these significant reserves cannot insulate them from the current crisis. That’s because during a crisis, you need to eliminate risk as quickly as possible. You sell what you can sell. But of course….law firms don’t have assets to sell. Or rather, as the saying goes:

“Law firms assets leave the building every day in the elevator.”

Which is a clever way of saying law firms have no assets to sell (with the exception of real estate). Instead, Big Law firms must eliminate their least essential assets – the people at the bottom of the pyramid.

In the current environment, Big Law is eliminating the folks at the bottom – the grinders. These people are nonessential workers. i.e. – they don’t have a book of business, nor unique, specific knowledge of a practice area that makes them indispensable. So while the current environment is hitting Big Law – the sound ones will survive.

The end result is that Big Law firms will have a smaller base of their pyramid.

The Felling of Mid-Size Law

Mid-size law firms that are well managed and are prepared will make it through the current crisis similar to Big Law above – by shrinking.

But there is another outcome for mid-size law firms during the Great Recalibration: coming apart.

After the 2008-2010 crisis, an unusual thing happened with many mid-size firms – they became improperly leveraged. Partner heavy, and associate light. An inversion of the classic professional services pyramid. The question then becomes: when mid-size firms must eliminate their low-performing assets (grinders), what is holding these firms together?

The answer is: very little.

Partners at mid-size firms that are improperly leveraged are going to begin to question why they parnter’ed up with that old so-and-so anyway. He hasn’t been pulling his weight for years! Skating by on past glory and name recognition – but not actually bringing anything to the table. Or the new junior partner who absolutely blows the business development budget every quarter -without actually developing any new business. Why is she still here again?

Improperly leveraged mid-size firms will break apart. Some partners will migrate to larger firms. Some may retire if they are old enough. Other partners that like one another, or have complimentary practice areas will form new, smaller firms and try to take the best associate with them when they do. If you’re in an improperly leveraged mid-sized firm and haven’t considered this scenario, sorry to say that you’re the sucker at the table.

The end result for mid-size firms is one of restructuring – breaking apart, consolidations, and absorption into bigger firms.

The Dwindling of Solos and Small Firms

In contrast to Big Law and Mid-size firms, The Great Recalibration for small firms isn’t shrinking or splitting up – it looks like firms going to pasture.

There aren’t any bulletins on the state of small law firms, you have to dig deeper. Fortunately, I run LawyerSmack, so I already have a private sounding board of lawyers from around the country. But that’s not enough. You need to check listservs (gross), Facebook groups, subreddits, and anywhere else that lawyers congregate in small, private groups. I can’t source many of these directly for privacy reasons, but I assure you these conversations are playing out across email, forums, Zoom, and phone calls across the legal industry.

This is due to the nature of small firm practice. There is not a multi-tiered system of leverage in small firms. Instead they usually look like this.

There are no tiers. There are no assets. There is no divvying up of roles or assignments. Someone in a small firm must simultaneously be a finer/minder/grinder. Or more accurately, role shift between the three depending on the task at hand. This can be exhausting, time-consuming, and frustrating. And in the current economy – fragile.

In this scenario – there is no one to fire. If you can’t afford to pay yourself, you don’t get fired, you go out of business.

If small firms can’t find enough work to grind on – then the firm will be no more.

It doesn’t matter if you want to grind, if you can’t find then it’s over. Small firms who can’t figure out how to rapidly adapt to this crisis are going to go the way of the dodo bird.

The end result for small firms unable to navigate this crisis is failure.

The first post in this series, asking what does economic recovery look like, explored the long-term impacts of the macroeconomic and public health crisis we are currently in. This post has zoomed in, exploring the broad impacts the economic crisis is going to have on the legal industry as a whole.

It’s important to lay this foundation – a detached, sober view of our situation, no matter how difficult it may seem. Anything less is irresponsible and sets you up for failure. An anecdote:

Business advisor and author Jim Collins conducted an interview with Admiral Jim Stockdale, who was the highest-ranking military officer in the Hanoi Hilton. He was there for seven years, from 1968 to 1974. Admiral Stockdale was tortured over twenty times.

Collins asked Admiral Stockdale who didn’t make it out of those systemic circumstances as well as he had.

Admiral Stockdale said, “Oh, it’s easy. I can tell you who didn’t make it out. It was the optimists.”

He said, “The optimists. Yes. They were the ones who always said, ‘We’re going to be out by Christmas.’ Christmas would come and it would go. And there would be another Christmas. And they died of a broken heart.” Then he grabbed me by the shoulders and he said, “This is what I learned from those years in the prison camp, where all those constraints just were oppressive.”

“We’re not getting out of here by Christmas.”

The next piece in this series will zoom even closer into the legal industry, and examine what the crisis means for specific practice areas. It will likely be some combination of posts and webinars. Details soon.

In the meantime, I wish you way more than luck. 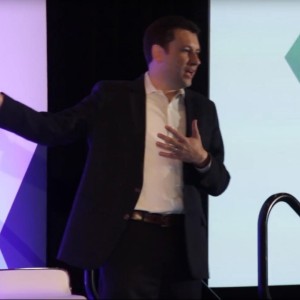 Keith Lee is recognized as one of the most influential lawyers on Twitter. Lee is the author of the ABA bestseller The Marble and The Sculptor: From Law School to Law Practice. He has been named to the American Bar Association’s Web 100 multiple times, and was selected as an ABA ‘Legal Rebel’ in 2019. Lee founded the popular, and still running, legal blog Associate’s Mind in 2010, and wrote for Above The Law for a number of years. In 2018, he founded LawyerSmack, one of the most active online lawyer communities, with nearly 3 million messages exchanged to date.

Our world-class support team is excited to help you onboard your cases so you can get on your way towards stronger client relationships.